Bryn Estyn Hall was designed by Grayson & Ould, an architectural practice based in Liverpool.

The practice consisted of two architects, George Enoch Grayson and Edward Augustus Lyle Ould. Whilst they were respected architects in their own right, their best works were achieved when they combined their talents. To date, around 75% of their buildings have been awarded listed status in England and Wales.

George Grayson was born on 7th June 1833, son of a wealthy shipbuilder. As was common at the time, at the age of 23, he undertook a 'Grand Tour', which saw him travel around the world for nearly a year. On his return to the UK in 1857, he started his own architectural practice. In the mid 1870's, he designed High Meadow in the Gothic revival style. The house, at Egerton Road, Claughton, Birkenhead was built for his brother Henry. High Meadow was featured in The Building News in 1876. 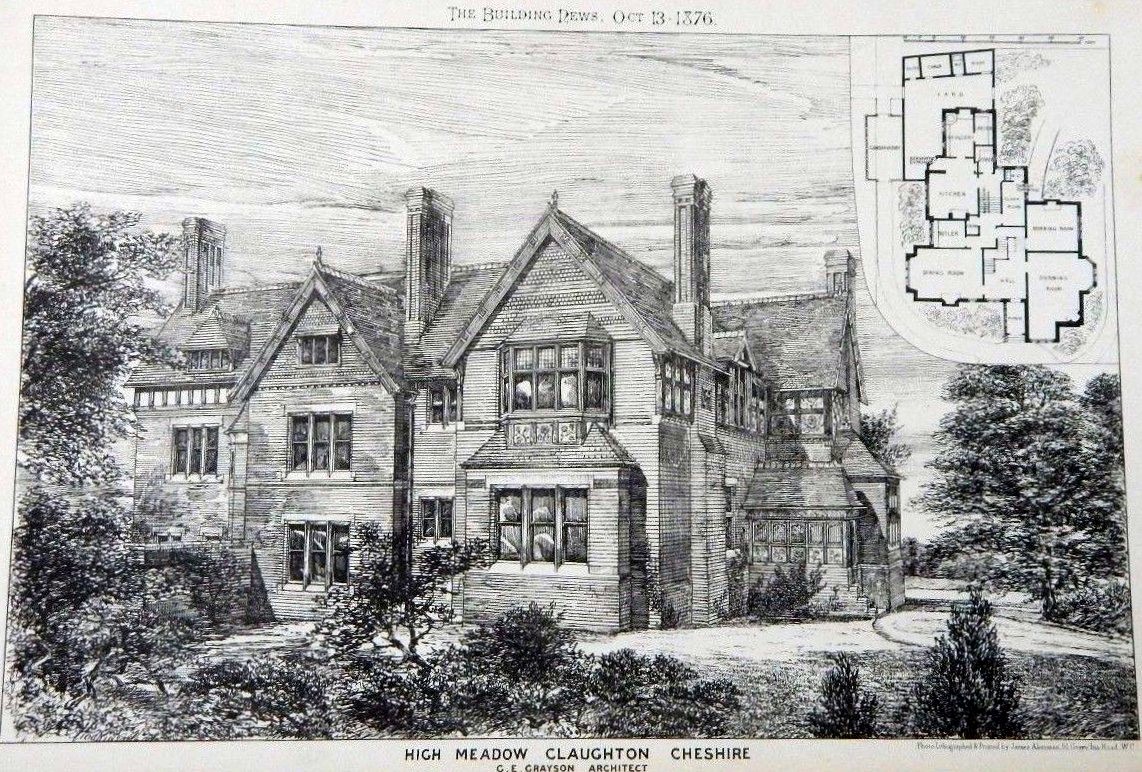 In 1886 he formed a partnership with Edward Ould. He was nominated for a fellowship of the Royal Institute of British Architects in 1889. Two years later, he had a son, George Hastwell Grayson, who eventually followed in his fathers footsteps, becoming an architect and joining the practice. George Enoch Grayson died on 7th November 1912 at the age of 79.

Edward Ould was a local lad, born in Tattenhall, Cheshire in 1852. He became articled to the Chester architect John Douglas, a prolific and highly renowned practitioner in his own right, designing over 500 buildings throughout Cheshire (many are listed). Clearly Edward was taught well, and in 1886 he joined George Grayson in Liverpool to form the partnership that lasted till his untimely death in 1909 at the age of 57.

Between them, Grayson and Ould designed at least 65 major buildings, of which four are Grade 1 listed, three are Grade 2 * listed, and forty are Grade 2 listed. This is a tremendous achievement for a small architectural practice at the turn of the century.

Some of their more recognisable buildings include:

Houses at Port Sunlight, as workers accommodation for Lord Leverhulme

A more detailed list of Grayson and Oulds works can be found on this PDF.