Grove Park School would not have been built at all, if it were not for the Suffragette movement. In the early part of the 20th century, women could not vote, and had almost no access to education.

The Suffragette movement in Wales peaked in 1912, and by 1928, women were given the same rights as men.

Thanks to this determined group of women, it became possible for young women to gain an equal chance in life, by gaining a good education. Initially, the girls attended Grove Park Boys School, across the road. But as the number of girls increased, it became clear that a school specifically for girls was going to be required. Whilst the initial plans were drawn up in 1914, the school as it stands today wasn't constructed until 1936 through to 1938. 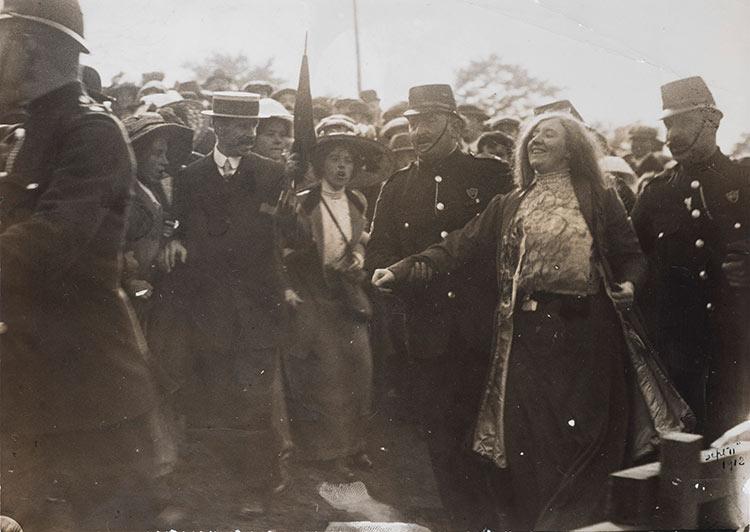 Kitty Marion was arrested for heckling Lloyd George at the Royal National Eisteddfod at Wrexham, 1912.  For this, and other protests, she was regularly beaten, humiliated and imprisoned.  She was force-fed 232 times.

How did we arrive at such gross mistreatment?  And why is it still largely unrecognised?

Witness’s testimonies from men and women describe “unarmed women rode down by mounted police, driven under buses and horse carriages”.  Women addressing a crowd stood on grocer’s boxes because they were less likely to be pulled from beneath their feet than chairs; they were pelted with eggs and rubbish, cayenne pepper was blown from bellows and rats let loose amongst the crowd.  Their clothes were torn, which mattered more to them than physical injuries - often sustained when they were forcibly thrown from their meeting place.  Some people were supportive, praising the speakers for their pluck; others less so.